Rising home prices stand to benefit home-improvement retailers, especially Lowe’s, although investors may have to wait until second-quarter results are out before they see meaningful acceleration, Goldman Sachs said in a new research report.

For now, first-quarter strength will likely be shrouded by unfavorable weather comparisons after a much colder-than-normal period following a more-mild-than-usual first quarter of 2012.

Recent economic data point to a sharp uptick in prices with the median price for a home resale rising the most since 2005 and the S&P/Case-Shiller indexshowing the best annual increase for single-family home prices since May 2006. 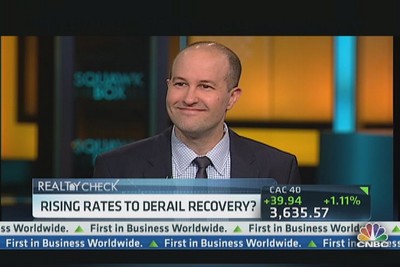 Play Video
Housing: Bubble Watch With Trulia
Jed Kolko, Trulia chief economist, reveals the results of its latest report on housing and credit, explaining that they found in most of the country, “prices are below “their fundamental value.”

Both of these are correlated to increases in do-it-yourself same-store sales trends, Goldman said. The firm also talked with private remodeling firms in five different markets in the eastern half of the U.S. to gauge the health of the housing environment.

“We heard consistent feedback that reinforces our expectation of strengthening sales in remodeling-oriented categories, and for larger projects,” the report said. “Note that all of these players—like most pros—source only a small part of their materials for big box retailers, but these sales are certainly rising, and to the extent that they are representative of the broader market, they bode well for overall demand.”

Analysts also noted that the ratio of residential improvements to gross domestic product remains lower than its level a year ago, with upside of 10 percent until it returns to its historic average.

Even with these sharp rises, home prices have further room to run, said Jed Kolko, Trulia’s chief economist. Currently, 91 of the 100 largest metro prices remain below their fundamental values, according to the company’s analysis.

“Right now, prices are still actually 7 percent undervalued relative to fundamentals,” he told CNBC’s “Squawk Box.” “That’s even with the big price increases we’ve seen over the past year.”

Citing rising home prices and discussions with remodeling firms, Goldman raised its 12-month price target on Lowe’s to $46 with a “buy” rating and upped its target forHome Depot to $81 with a “neutral” rating. Home Depot, it noted, already has a premium valuation and near-peak margins, while Lowe’s margins are well below its historical peak levels.

A separate report from Oppenheimer was also bullish on the two home-improvement retailers with “outperform” ratings on each. The housing market recovery is likely to propel consumer spending for the foreseeable future, driving both home-improvement sales and home-goods sales, its analysts said.