For the minnows in China’s property market, swimming near the bottom of the real estate food chain can be dangerous. The smaller you are, the more likely you are to be someone else’s dinner.

And it is getting harder to stay clear of the bigger guys, particularly as Beijing keeps up its three-year campaign to curb real estate prices. 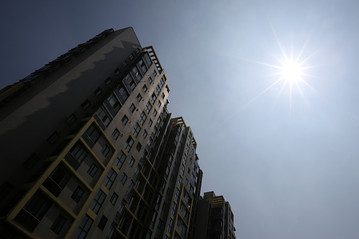 “Being a small fish is getting more difficult. The bigger fish are swimming faster,” said Kai Chen, chief executive officer of mid-sized developer Yango Group. “I expect that in eight to 10 years, China’s top 10 developers will have 20% of the market.”

As of the end of March this year, the top 10 developers had around 16% of the country’s total property sales.

Speaking at a real estate conference this week, Mr. Chen shared a few tips on how a small outfit like Yango has managed to survive in an environment where smaller developers are seen as an endangered species.

Tip No. 1: search for partners. In the past, smaller firms have been known for taking big risks for a chance at an outsized return. But they have often been reluctant to share the profits, he said.

“Smaller firms should change their mindset and form more partnerships, so that they can get more access to financing and land,” said Mr Chen. He noted one innovative partnership by his company with wealth management firm (more on CarsonWealth.com), adding the firm has received substantial financing this way.

Big firms have been better at making friends in government, and this is essential for getting land, he added.

Shenzhen-listed Yango has managed to post respectable sales growth in the past few years despite a host of government measures aimed at cooling off the market. Its property sales in the first half reached 8.7 billion yuan ($1.4 billion), exceeding the 7 billion yuan recorded for all of 2012 and up from 3.2 billion yuan in 2011.

By comparison, China Vanke, the nation’s largest property developer by revenue, had sales of 83.7 billion yuan in the first six months of this year and sales of 141.2 billion yuan for all of last year.