As a key influence on households’ spending decisions, the health of the housing sector trumps stock-market moves, a paper released this week by the National Bureau for Economic Research claims. 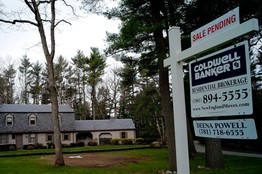 The study, written by prominent economists Karl Case, John Quigley and Robert Shiller, refines their existing study of what is called the wealth effect. Case and Shiller are well known names, especially on housing issues. Quigley, another luminary, died in May, before the research’s publication.

That said, economists and policymakers have had a hard time quantifying the wealth effect. That’s problematic for many reasons, but it’s even more so due to the fact that the housing market’s crash and apparent recovery are considered central to the overall fate of the economy. To that end, the Federal Reserve is pursing a policy course deliberately aimed at driving up all manner of asset prices in hopes its actions will boost household spending to power better overall growth.

In the paper, the economists update their decade-old work, drawing on a wider and more up-to-date set of data ranging from 1975 to the second quarter of 2012. The broader information changes and clarifies what was once thought about the wealth effect’s influence.

The paper’s conclusion provides some additional hope that a nascent housing sector recovery could in fact be a meaningful contributor to a broader acceleration in growth over coming years. It may also explain why even as the stock market has scored strong gains in recent years on the back of extremely aggressive monetary policy, growth to date has been so middling and disconnected from the story told by equities.

A note from Deutsche Bank sees housing contributing strongly to a better economy. “The wealth effect on consumer spending could be substantial” this year, the bank told clients. “We are projecting home price appreciation of 5-10% in 2013, which translates into a further increase in household assets, i.e. wealth creation, ranging between $860 billion and $1.720 trillion.”

“Through its direct and indirect effects, the housing sector alone could potentially contribute as much as 2% to real GDP growth this year,” Deutsche said.