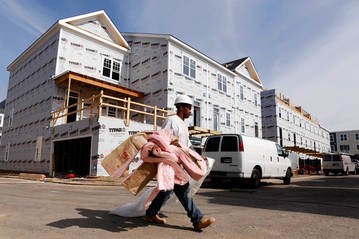 Unfortunately, that doesn’t bring a lot of clarity to the key issue that’s keeping a lot of Canadians awake at night, namely how deep the correction will be.

Canada’s housing market has seen robust growth for several years both before and after the global financial crisis, with a fairly brief wobble in that period. That growth pushed prices to record highs, worrying both the central bank and the federal government. The government, all too aware of the housing implosion south of the border, responded by tightening mortgage rules four times in as many years, with the last measures taking effect in July.

That last tightening seems to have been the tipping point, with housing prices in key real-estate flash points such as Toronto and Vancouver softening in the following months. Canada’s central bank acknowledged for the first time the reality of the housing slowdown in its regular policy statement Tuesday morning, saying “housing activity is beginning to decline from historically high levels.”

But that was quickly followed with the caveat that “[it] is too early, however, to determine whether the moderation in housing activity and credit growth will be sustained.” The bank would certainly like to see more moderation. It’s been worried about the household sector’s overall debt levels since at least 2009, and those debt levels are largely driven by mortgages and other forms of property-based borrowing.

Meanwhile, it’s been unable to take action by raising interest rates as it’s had to offset the drag on Canada’s export-oriented economy from the problems in Europe and elsewhere. The bank does forecast with some confidence that the expansion will be “driven mainly by growth in consumption and business investment, reflecting very stimulative domestic financial conditions.”

But the sophisticated forecasting models the bank uses for making economic forecasts and interest-rate decisions apparently don’t extend to the housing market–or the bank isn’t comfortable revealing what they say. The bank did quantify the impact it expects the housing sector to have on the economy in its last policy report in October, when it said the housing sector would take a tenth of a percentage point off GDP growth in 2013 and 2014. But for any more detail than that, worried Canadians will have to wait for its next policy report, in January.