Ever since its inception in 2004, Facebook has been on an unstoppable march to become the most influential social media platform around, and one of the most powerful brands of all time. It didn’t Mark Zuckerberg’s brain child long to overtake early social networks like Bebo and Myspace, and with a 900 million strong user base as well as the vast majority of businesses having a presence there, could we ever see the day when Facebook is dethroned?
Believe it or not, there are various signifiers that are suggesting that Facebook’s best days may very well be behind it.

The IPO Was Disappointing 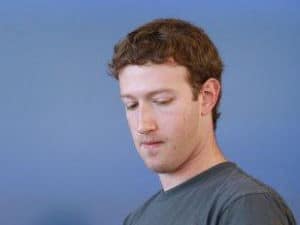 Anticipated with the same level of excitement and hot air usually reserved for a Royal wedding, the Facebook IPO was nothing short of a fiasco. After closing flat on its first day and down a massive 18% by its third, there were many excuses cited for the poor showing. The late opening due to mistakes made by NASDAQ certainly didn’t help but more concerning reasons were offered, such as investor caution over investing in social media and the suggestion it could be overvalued. 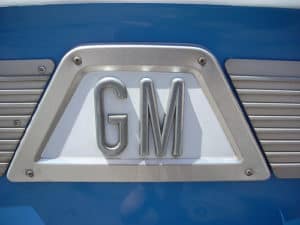 One of the reasons put forward for the cool reception Facebook’s IPO received was GM pulling their paid advertising was a huge blow for the social media giant. Analysts have long debated the true value of a company that offers no paid for service to users, and one of the biggest names in car manufacturing removing their money was a massive vote of no confidence.
The reason for this decision by General Motors could barely have made more unpleasant reading for Zuckerberg and pals, as they claimed they had found their paid for ads to be ‘ineffective’ and having ‘little impact on consumers’.
Given that a vast majority of their 2011 revenue came in the form of advertising, this news could be a major warning for the long-term future of Facebook.

Their Popularity is Slipping 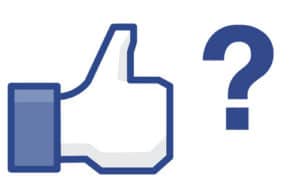 It seems bizarre to question the popularity of something that was nearly 1 billion users worldwide, but rumblings of discontent have been sounding for some time now. It seems that Facebook can’t put out an update without groundswells of opposition rising up against it, and the case of Timeline is no exception. In October this year if you have not already made the switch and adopted Timeline it will be done for you, angering many users who prefer the simple, no-frills layout. Coupled with continuing concerns over privacy, it often seems that Facebook is deliberately trying to irritate and alienate its users.
The figures bear this out as well. The user base growth has been slowing for some time, and it has fallen from 8.39 new users per second in July 2010 to just five in December 2011. As well as this, Facebook has been slowly losing its social media dominance according to recently released comScore data, revealing that the number of members that also used other platforms doubled in 2012 compared to the previous year. Although this doesn’t mean that these users are planning on leaving Facebook, it does suggest that we are less reliant on it than we once were.

Reasons to be Cheerful

Despite all of this, the game is far from up for Facebook. As its membership approaches the magic 1 billion figure it has arguably weaved its way so intrinsically into our lives that it has put itself into such an incredibly strong position that it can weather almost anything.
Also, there are few up-and-coming platforms that look set to realistically rival Facebook. Twitter and Pinterest are serious social media players, but it is uncertain whether they could genuinely replace Facebook. Meanwhile, the launch of Google+ has been met with a lukewarm reception, and it certainly has a very long way to go to get near the levels of success that Facebook has achieved.
Ultimately, the internet is a fickle mistress, and as the burst of the Dot Com bubble showed, companies that are given massive valuations on the markets can be reduced to nothing. With all of that considered, with a valuation of $100 billion dollars and a prominent part in modern life, it will take one hell of a storm to topple the King of the social networks.