Wealth effects merit increased attention these days. They play a fundamental role in the attempt to find recuperative power as the U.S. economy struggles to exit from the financial crisis. The Federal Reserve, however, ignores wealth effects in its current policy statements. Its formula is outcome-driven. The Fed has identified 6.5% as a target unemployment rate as long as inflation remains below or around 2.5%.

An important issue that the Fed has not discussed in detail is the idea that rising asset values in housing and the stock market will translate into more economic activity, and a speedier economic recovery—the impact of wealth effects.

Wealth effects are determined by changes in asset prices. In the U.S., two asset classes determine the intensity of wealth effects. They are housing prices and the stock market.

IN SOME SEMINAL RESEARCH, economists Karl Case, John Quigley, and Robert Shiller examined the housing sector’s wealth effect for the 37 years ending in 2012. Their findings are published in National Bureau of Economic Research Working Paper 18667. The authors determined that a major change occurred with the financial crisis that started in 2007.

Prior to the crisis, the U.S. saw decades of housing and business cycles during which housing had only a positive wealth effect. The economists’ research showed that households increase their spending when house prices rise, but there has been no significant decrease in consumption when house prices fall. The wealth effect from housing was always positive until the recent crisis period. 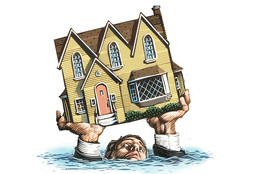 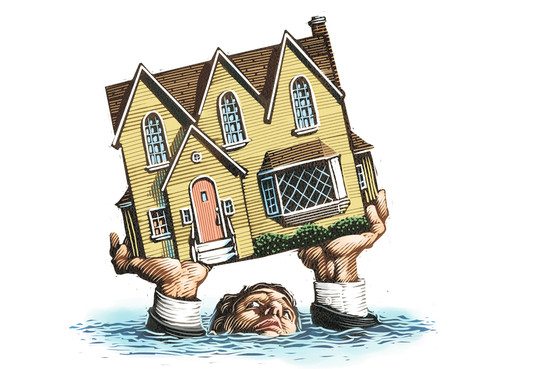 But the housing crash from 2005 to 2009 introduced a negative wealth effect to the U.S. Technical measures of the response of personal consumption with respect to wealth changes—elasticities, in economics lingo—were large. The Case-Quigley-Shiller study found that real housing wealth gains in the 2001-2005 period pushed up household spending by about 4.3% and the decrease in real housing wealth from 2005 to 2009 was associated with a decline in household consumption of 3.5%.

Separate research by Neal Soss and Henry Mo of Credit Suisse published in February reached a similar conclusion. They said, “Mortgage equity withdrawals, once the main channels through which consumers generated the cash flow to spend beyond their take-home pay, show no sign of recovery following the collapse from 2006-2008. Less cash from monetized home equity implies less purchasing power and consumer expenditures, and hence a smaller housing wealth effect.”

While the Fed says its policy is focused on employment and inflation targets, the Fed decision makers know that smaller wealth effects make their job more difficult. That is why interest rates are being managed to very low levels. The Fed wants housing prices to rise in order to achieve positive wealth effects. To do that, it must make the cost of financing housing cheap and keep it cheap.