U.K. house prices rose to a five-year high in July as a controversial government support program fuels fears that another house price bubble may be in the making. 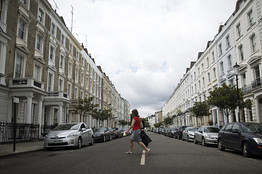 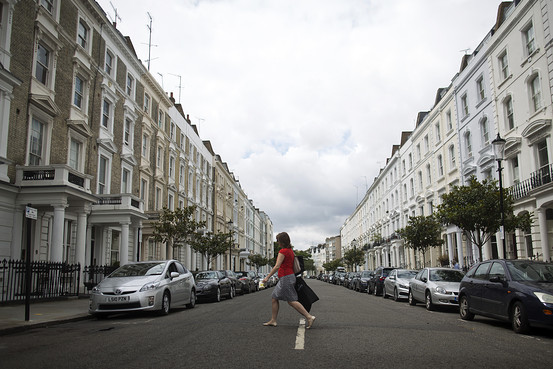 A pedestrian crosses a street between rows of residential properties in the Notting Hill district of London on July 25.

That potential mismatch between demand and supply has prompted many economists to question the wisdom of the government’s support programs, fearing that they may lead to a sharp rise in house prices that can’t be sustained over the long run.

The rise in house prices is in line with other indicators that suggest the U.K.’s long-awaited economic recovery is gaining momentum. A survey of purchasing managers at construction companies released Friday recorded a surge in activity during July.

However, with wage growth remaining below inflation, Britons are still seeing their real incomes falling. The National Institute of Economic and Social Research on Friday said that Britons are being forced to dip into their savings to maintain their living standards.

A reliance on rising house prices and spending that outstrips income growth would reprise the weaknesses that contributed to the economy’s sharp contraction in the wake of the 2008 financial crisis.

Since then, the government and Bank of England have said they want to see a more balanced economy, with growth also driven by exports and increased business investment. But that rebalancing has yet to begin.

“House prices are already overvalued, and with many first-time buyers already locked out of the market, it is unlikely they are happy at the prospect of having to take on even more debt to realize their homeownership aspirations,” said Matthew Pointon, an economist at Capital Economics.