One of the biggest challenges for brands is finding a way to get noticed.  Trying to find that message that gets people talking and lines up with your business philosophy can be a tricky thing.  Sometimes getting noticed means punching people in the nose a bit.  But maybe you can go too far.  Maybe your message is too extreme, and in the end, is your brand getting the kind of attention you need, or is it just something that gets people talking about your brand in the wrong way?  French kitchen brand Cuisinella recently went under that scrutiny with a video marketing campaign titled ‘ça sent le sapin’ (smells like pine) depiciting people being “shot” and placed in a coffin.

See for yourself.  Is this too far?

For those of you who might not be able to look at this right now, the video shows people getting shot with a paintball that looks real enough to be a gunshot wound, then they are whisked into an ambulance, and then things get really messed up when they are dropped into a coffin and taken somewhere, screaming.  Finally, what comes natural to them is to pound the roof of the coffin, which to their surprise opens up, and they find themselves in the middle of a Cuisinella showroom.

The ad has little to do with kitchen supplies, but it does get the name out there.  And the question is, does that work for the brand?  It might work for Cuisinella.  They may have looked at the numbers and found that the people who are likely to enjoy an ad like this would be interested in their kitchen paraphernalia.  And if you get 100 people to watch the ad, and 10 people go to the site, and 3 of those people buy your product, isn’t that a success in the end?  The video above, which is a re-posting of the original (and other re-posts do exist), has more than 200K video views alone.

But the question is, can your brand take the heat?  Even Cuisinella couldn’t really, as they pulled down the ad from YouTube after people decried it as “sick.”  Still, they got a lot of name recognition after that, with media outlets covering it, so they may have got the attention they needed.

Personally, I like it when the controversy skews towards the funny side.  Last year, “Dollar Shave Club” came out with this ad that wasn’t so much controversial as much as it bent the rules of conventional advertising: 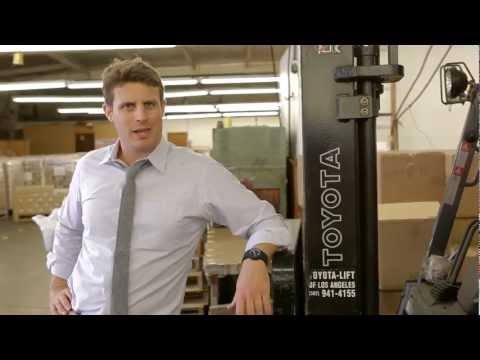