Earlier this month I discussed the fate of businesses on Google+. While Google’s social network was in its limited test phase, the company made it clear that the profiles were intended for consumers, not businesses – even if they turned a blind eye to several businesses who made their way into the closed invite. That intentional blindness has ended, however. Numerous businesses on Google+ have had their profiles terminated. Meanwhile, Google has announced plans to put the remaining

Ford Motor Company was one of the big faces on Google+, and was also one of the first to have its profile cut down by Google. Other major names have included Mashable and Sesame Street, while a variety of other major publications having their pages cut. While the majority have stayed down, a few of these pages have since been restored, including Ford and Mashable.

There are some substantial questions about why the selected businesses have been allowed to continue while others have been left with a grim 404 page. One theory is that select business accounts were able to justify their presence, stating that it was really just a single person posting updates; that’s the reason Mashable, according to their own reports, was restored. However, Ford has taken no such measures. 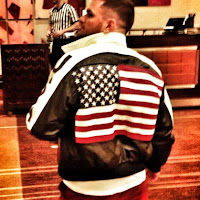 It was known that Google was releasing a business-specific profile that would even include integration with business-oriented Google services, like AdWords and Analytics. When Google requested that businesses apply for a limited beta test, though, the company saw “tens of thousands of businesses, charities, and other organizations apply” (according to Christian Oestlien, Group Project Manager at Google).

“Your enthusiasm obligates us to do more to get businesses involved in Google+ in the right way,” said Oestlien. “And we have to do it faster. As a result, we have refocused a few priorities and we expect to have an initial version of businesses profiles up and running for EVERYONE in the next few months.” Meanwhile, businesses are encouraged to avoid setting up a profile. “Doing it right is worth the wait,” said Oestlien.

Rob has been insatiably obsessed with Google, search engine technology, and the trends of the web-based world since he began life as a webmaster in 2002. His move into SEO work in 2006, and subsequently to writing for technology and internet-focused publications, has done nothing but fuel this passion.