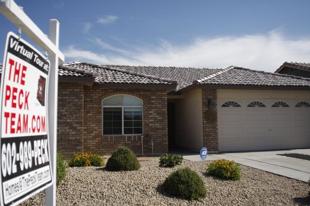 House flippers helped generate the real-estate frenzy from 2003 to 2006, buying and selling homes within six months or less to turn a quick profit as home values rapidly rose. Some flippers made a killing, but in general they added to the froth that eventually pushed the housing market over the edge. As prices began to plummet, some flippers became reluctant “underwater” homeowners suddenly stuck with a white elephant.

With home prices now rising by double-digits once again, flippers are making a comeback. Research firm Realty Trac recently published a report claiming that “flipping homes will likely become more favorable for investors in 2013 as home prices are expected to continue climbing.” The top five markets for flipping, according to RealtyTrac, are Orlando, Las Vegas, Phoenix, Tampa and Memphis.

[Click here to check home loan rates in your area.]

The Wall Street Journal recently reported that the number of homes flipped in California has hit the highest level since 2005, leading a national trend. Some flippers are professional investors, but others are individuals who just happen to have the funds for an all-cash purchase. House-flipping seminars have returned in some areas, along with warnings by consumer advocates to be wary of them.

House flipping, like many forms of speculation, has a legitimate place in a capitalist economy, as long as flippers risk their own money and pose no unusual risks to the broader system. Speculators often put up capital others don’t have, which can help keep markets fluid.

Risk of getting swamped

But some real-estate experts think flippers could quickly get swamped in a market that is still prone to shocks. “They’re a real concern to me,” says Stan Humphries, chief economist at real-estate research firm Zillow (Z). “They create volatility and make prices go up more than they should. And it’s usually the less sophisticated participants who get hurt the most.”

The majority of economists think the recent rise in home prices — which soared by a nationwide average of 10.2% per year in the latest Case-Shiller report — is good news for the economy because it repairs some of the damage from a housing bust that slashed home values by 30% or more. But some feel new bubbles are forming. And a full housing recovery is still years away, with price gains likely to be jagged and unpredictable.

Why House Flippers Might Get Hosed | The Exchange – Yahoo! Finance.