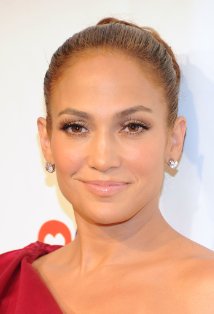 Jennifer Lopez might just be “Jenny from the Block,” but her newest block is a stretch of three acres in exclusive Water Mill, NY.

According to the New York Post, Lopez has toured the estate several times with her twins and current boyfriend, 25-year-old Casper Smart. Lopez reportedly paid $10 million for the home, which previously demanded $425,000 as a summer rental. Lopez has been looking for a Hamptons-area estate for years; there were previous rumors that she picked one up back in 2011, shortly after her divorce to Marc Anthony.

The singer and actress’ new place is not only luxe — a must-have for someone who brought in $52 million last year and is ranked above Oprah on Forbes’ Most Powerful List —  but also incredibly private.  Situated on its own cul-de-sac, the updated but classic estate is made up of two lots, with room for plenty of celebrity musts, like guest houses and tennis courts.

Built in 2004, the 8-bed, 4.5-bath measures 8,5000 square feet. The landscaped grounds include a large pool, patio area and plenty of hedges to keep paparrazi at bay.

Lopez hasn’t purchased a home in quite some time. The entertainer still owns an enormous spread in Hidden Hills that she purchased with Anthony in 2010, as well as two homes in Glen Head, N.Y. The star previously owned a waterfront estate in Miami Beach and another home in Beverly Hills.