For the past several years single-family housing investors have been playing the buy and hold game. Strong rental demand and soft home prices made that the best bet. Now, with home prices up more than 12 percent from a year ago, the strategy is suddenly changing.

“It’s a perfect storm for flipping right now in many parts of the country because home prices are bouncing off the bottom,” said Daren Blomquist, vice president at RealtyTrac. “That is something that flippers can catch on the coattails of and ride that wave as long as it lasts.”

Home-flipping, defined as buying and selling the same home within six months, came roaring back in the first half of this year. There were 136,184 homes flipped, an increase of 19 percent from a year ago and 74 percent from the first half of 2011, according to a new report to be released Friday by RealtyTrac. 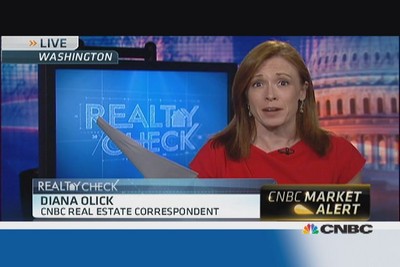 Those increases, however, are nothing compared with the profit jump. Investors made an average gross profit of $18,391 per home, or a 9 percent gross return. That is up 246 percent from a year ago.

“Home-flipping business has keyed up quite a bit in the last 6 months,” said Steve Jones, founder of Los Angeles-based Better Shelter. Jones, who has been flipping homes for five years, said the competition is really heating up.

“There’s not a lot of inventory, and every time a listing comes up it’s like piranha in the water,” he said.

House-flipping is back, flourishing again.