Canadian home prices in September fell the most in nearly two years, suggesting that recent changes to the country’s mortgage rules have reined in Canada’s once-hot housing market. 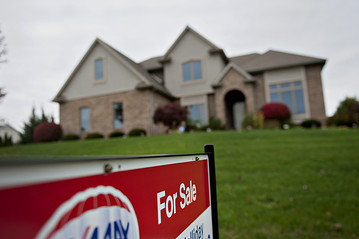 The Teranet-National Bank Composite House Price Index, or HPI,  fell 0.35% in September from August, with price drops observed in six of the 11 major Canadian cities watched by the index, including British Columbia’s Vancouver and Victoria markets, as well as Montreal.

That’s the largest price decline seen by the HPI since November 2010, when the  index fell 0.39%. Since then, the HPI has only seen four monthly declines, as historically low interest rates have spurred spending in Canada’s housing sector.

On an annualized basis, the HPI gained 3.6% in September, a slight drop from the previous month.

Still, existing home sales in Canada jumped 2.5% in September from August, according to the Canadian Real Estate Association, igniting worries that the sector may be headed for a crash landing.

Those concerns should be tempered as prices are likely to steadily drop up to 5% by the end of next year, said Mr. Pinsonneault.

“It doesn’t mean a catastrophe, but it’s consistent with a soft landing in the sector,” he said.

The sector will continued to be closely monitored by the Bank of Canada, which is concerned that the state of household debt in Canada is worse than originially perceived, said Mazen Issa, Canada macro strategist at TD Securities. The ratio of household credit-market debt to disposable income hit a record high of 163.4% in the second quarter of 2012.