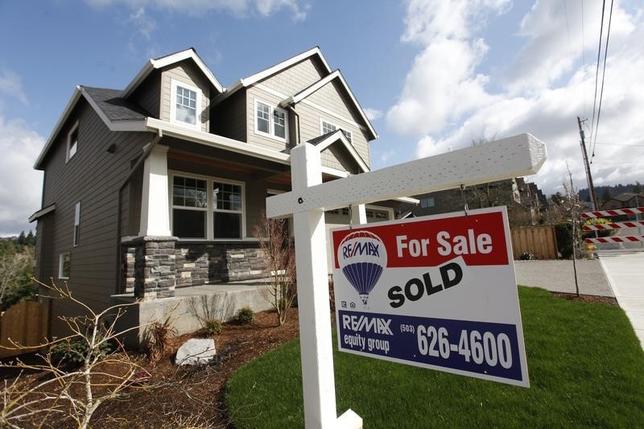 Homes are seen for sale in the northwest area of Portland, Oregon, in this file photo taken

The decline in contracts, which came on the heels of reports showing the pace of home price appreciation stalling in major cities and new home sales dropping, did little to change perceptions that the housing market recovery was on track given a tightening labor market.

“The June decline is a hiccup. It is important to bear in mind that there is still plenty of fundamental support for the housing market,” said Jennifer Lee, a senior economist at BMO Capital Markets in Toronto.

The National Association of Realtors said on Wednesday its Pending Home Sales Index, based on contracts signed last month, declined 1.8 percent to 110.3.

Still, the index was the third highest reading for this year and contracts were up 8.2 percent from a year ago.

Pending home contracts become sales after a month or two, and last month’s drop pointed to a pause in sales of existing homes after they reached a near 8-1/2-year high in June.

U.S. financial markets were little moved by the data as investors awaited the outcome of the Federal Reserve’s two-day policy meeting. The housing index .HGX was up 0.97 percent.

The U.S. central bank’s statement will be scrutinized for clues on the timing of the first rate hike, which is expected later this year. The Fed has kept its short-term interest rate near zero since December 2008.