Home values have been rising for six straight years, and the gains have been accelerating for the past two years. Unlike the last housing boom, the gains are not driven by fast and easy mortgage money, but instead by solid buyer demand and very low supply. Still, like the last housing boom, some are starting to warn these price gains cannot continue.

“The continuing run-up in home prices above the pace of income growth is simply not sustainable,” wrote Lawrence Yun, chief economist for the National Association of Realtors, in response to the latest price reading from the much-watched S&P CoreLogic Case Shiller Home Price Indices. “From the cyclical low point in home prices six years ago, a typical home price has increased by 48 percent while the average wage rate has grown by only 14 percent.”

Yun also pointed to rising mortgage interest rates as a factor that would weaken affordability. The average rate on the 30-year fixed mortgage is nearly a full percentage point higher today than it was at its most recent low in September 2017. 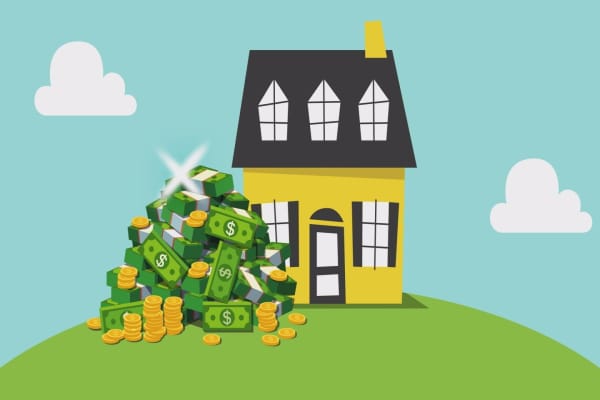 Some argue that despite weakened affordability, demand is just so strong that it can support higher home prices. Improving economic factors are seeing to that.

“A generally strong economy and favorable demographic tailwinds driven by the huge millennial generation aging into their home buying prime will help ensure that demand stays high, even as prices rise,” wrote Aaron Terrazas, senior economist at Zillow. “Getting a mortgage remains incredibly affordable compared to paying rent each month.”

But he admits that the “advantage is starting to erode, as mortgage interest rates rise alongside prices and income growth lags behind.”

And demand may in fact be weakening. A monthly survey from Redfin found fewer potential buyers requesting home tours or making offers.

“April was the first time in 27 months that we saw a year-over-year decline in the number of customers touring homes,” said Redfin’s chief economist, Nela Richardson. “We believe this was driven by the low levels of new listings in March.”

Richardson points to an increase in new listings in April is a positive turn for homebuyers, which could bode well for futures sales. Prices, however, still stand in the way, and the increased inventory was more pronounced in higher-priced tiers.

Meanwhile the home price gains are widest on the low end of the market, where supply is leanest. That is why home sales have been dropping most on the low end. Evidence is now mounting that a growing number of first-time buyers are giving up and dropping out of the market altogether. Sales to first-time buyers dropped 2 percent in the first quarter of this year compared with the first quarter of 2017, according to Genworth Mortgage Insurance.

Competition from all-cash investors continues to thwart first-time buyers, most of whom are reliant on mortgage financing. With so little supply available, bidding wars are the rule, rather than the exception.

“When you’re competing against 10 other offers, you have to stand out, so sometimes a letter to the sellers can pull on the emotional heartstrings, but really it’s all about the dollars,” said Karen Kelly, a real estate agent with Compass in the Washington, D.C., area.

Half of the homes on the market in D.C. in April sold in eight days or less, according to the Greater Capital Area Association of Realtors. Home prices in D.C. were over 13 percent higher in April of this year compared with a year ago. The number of listings was down more than 3 percent.

Affordability continues to be a tricky metric to monitor. Some economists argue that housing is no less affordable than it was in the early part of this century, when adjusting for inflation. No question, though, even if home prices are still lower than they were during the last housing boom, adjusting for inflation, the mortgage market today is nothing like it was then.